LOU BAKER MA FINE ART RESEARCH 2019 - 2021
10.12.20 ​Scold's bridle
'A scold's bridle, sometimes called a witch's bridle, a brank's bridle, or simply branks, was an instrument of punishment, as a form of torture and public humiliation. The device was an iron muzzle in an iron framework that enclosed the head (although some bridles were masks that depicted suffering). A bridle-bit (or curb-plate), about 2 in × 1 in (5.1 cm × 2.5 cm) in size, was slid into the mouth and either pressed down on top of the tongue as a compress or used to raise the tongue to lie flat on the wearer's palate. This prevented speaking and resulted in many unpleasant side effects for the wearer, including excessive salivation and fatigue in the mouth.' (Wikipedia, no date)

Some even had a spike which would injure the tongue. the offending woman would then be led around by a chain by her husband to be humiliated further. Here's a selection of scolds bridles:

Artist Cherrie Yu made a double scold's bridle for a performance: 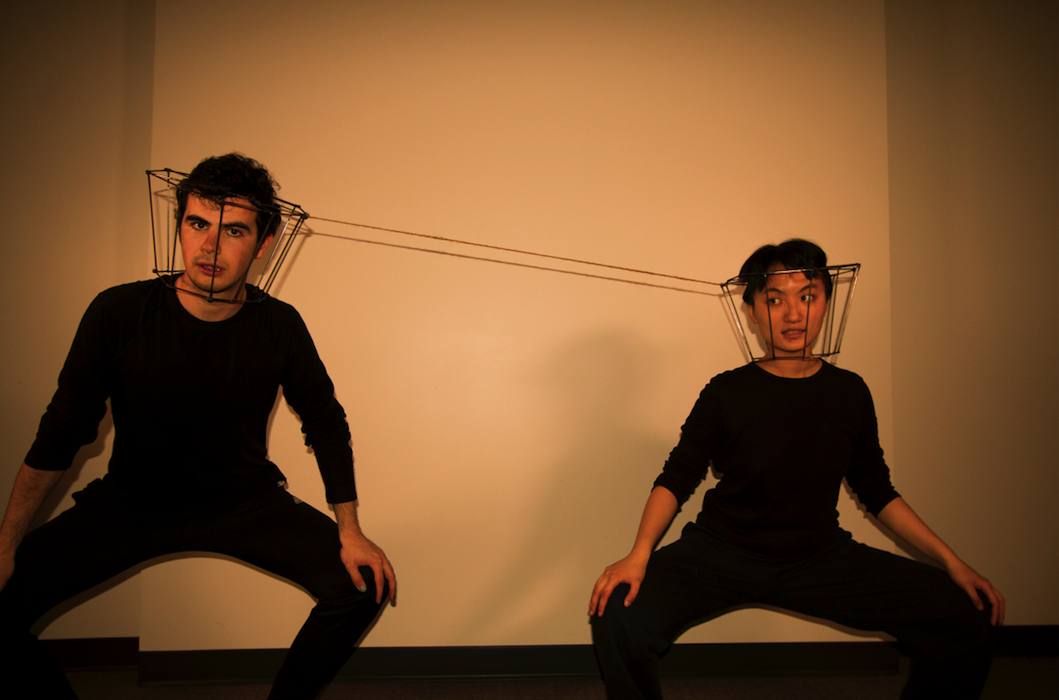 Scold’s Bridle, Cherrie Yu, 2017, performed by Michael Clark, Cherrie Yu, photo by Devon Lowman
'In this work I respond to the Scold’s Bridle, an instrument of punishment from 1600s, and welded a pair of metal
masks attached together by yarn.  I made these masks with the intention that they would limit the movement of the
body, but would also create a relationship within the duet where the two would actively engage and negotiate with
the situation of limitation. The two bodies struggle with performing synchronized movements wearing the masks,
and the dance was documented as a series of photographs. ' (Yu, 2017)
Smithfield, B. (2016) Scold's bridle Available at: https://www.thevintagenews.com/2016/05/05/scolds-bridle-the-gruesome-medieval-torture-instrument-worn-to-deter-women-from-gossiping/ (Accessed: 10 December 2020)
Yu, C. (2017) Scold's bridle, Available at: https://cherrieyu.cargo.site/Scold-s-Bridle (Accessed: 10 December 2020)