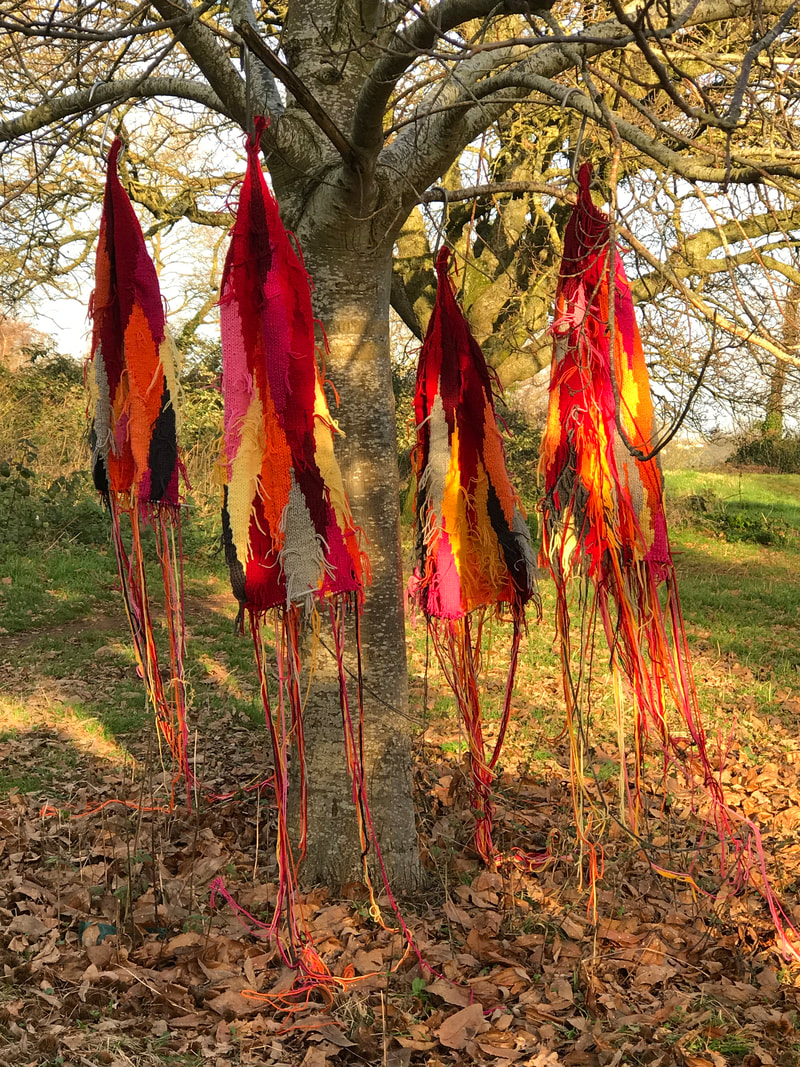 3. Looking back to move forward, ideas
Using my body - Play with proportions
Not worry about gravity
Literal vs unexpected, visual surprise?
Make the viewer think.
​Embodiment of ideas....
Knitting as shapeshifter ... Thinking about how versatile and literally flexible knitting is. ( eg Look at Heart of darkness and All the babies I might have had

4. Transgressive yet playful?
​Dexter said 'Be tougher. Be cruel to yourself. Be brave. If you think 'I can't do that', do it.

Notes and reflections after the tutorial
Parts of me are my strongest works. It's partly about the methods - assemblage of knitting, metal and cast feet. Submit just these for New Contemporaries. I think Part of me 2 is the most successful because of But it's actually the combination of those things that makes it work.

Andrea: 'They are morphed between human, mechanic/organic. More idiosyncratic.  Embodiment/ disembodiment. presence /absence, negative space. An alien wearing a wool coat? The parts replace some of the aspects of humanness. Knitting itself brings another element'

Gravity-  Dexter said don't think about gravity Andrea says DO think about the body in relation to gravity... but maybe as a spiritual thing? Don't use it as a safety net....and maybe more about the apparition?

Knitting - has associations with comfort, the body, women's work, the private sphere, but it's also 'matter out of place' (Douglas) so will create a comfort/discomfort binary. I think it needs to be wool.

Shroud- revealing/concealing. Each knitted piece is not worn, precisely, but shrouds the work in different ways and to different degrees so that the metal beneath is partly visible.

Transgression: 'If something like the sense of discomfort is beginning to appear, push it.'

Using feet? I asked whether it's ok to pursue feet, in concrete instead of Jesmonite.  Andrea: 'Keep using feet,  or maybe arms? With bracelets or other ready mades.' Why do I still want to use feet?

Stitched self portrait? I asked whether this was something to pursue and Andrea said she thought that I should focus on the ideas behind Parts of me as the stitched piece is much more predictable and less contemporary.