LOU BAKER MA FINE ART RESEARCH 2019 - 2021
Time
A few weeks ago, in a tutorial, Robert and I were discussing time, in relation to process in my work. He said that Henri Bergson describes time as an accordion. I haven't yet been able to find that part in what I've read, but it resonates with time at the moment- sometimes moments pass very slowly yet days and weeks seem to pass so quickly as well.

​I've looked at other aspects of time, according to Bergson, and at Cziskzentmihalyi's flow, that meditative state where time flies.

Could the physical changes as an accordion moves in and out be a useful metaphor? It's a narrative, it's rhythmic, like breathing. Scale could play a part - could a changing accordion-like piece be a stage set? Could we use the many different surfaces of a concertina fold to reveal and conceal different aspects/ perspectives? 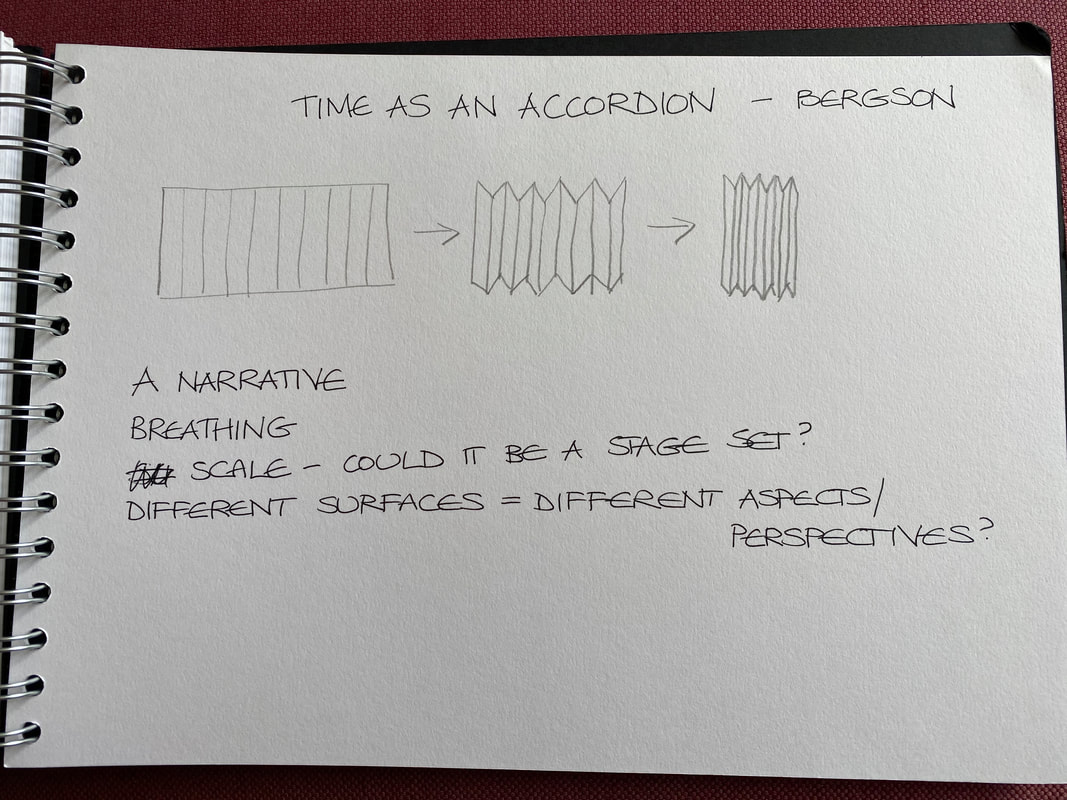 I decided to try to visualise the idea of time as an accordion by photographing the action of folding a piece of card in sequence and then making it into a stop motion video, using an app on my phone, Slideshow:
Although it's rather a basic animation, I think it does have some potential. There is something about the movement as a narrative that's very appealing. Also, there are definitely possibilities for revealing and concealing parts of the piece by the way it's folded. I can imagine it as a full sized stage set design, with different kinds of images on each of the surfaces. Maybe it could be hinged? Or mechanised? Or rotating? Using both sides of the set would double the possibilities of multiple surfaces as well.